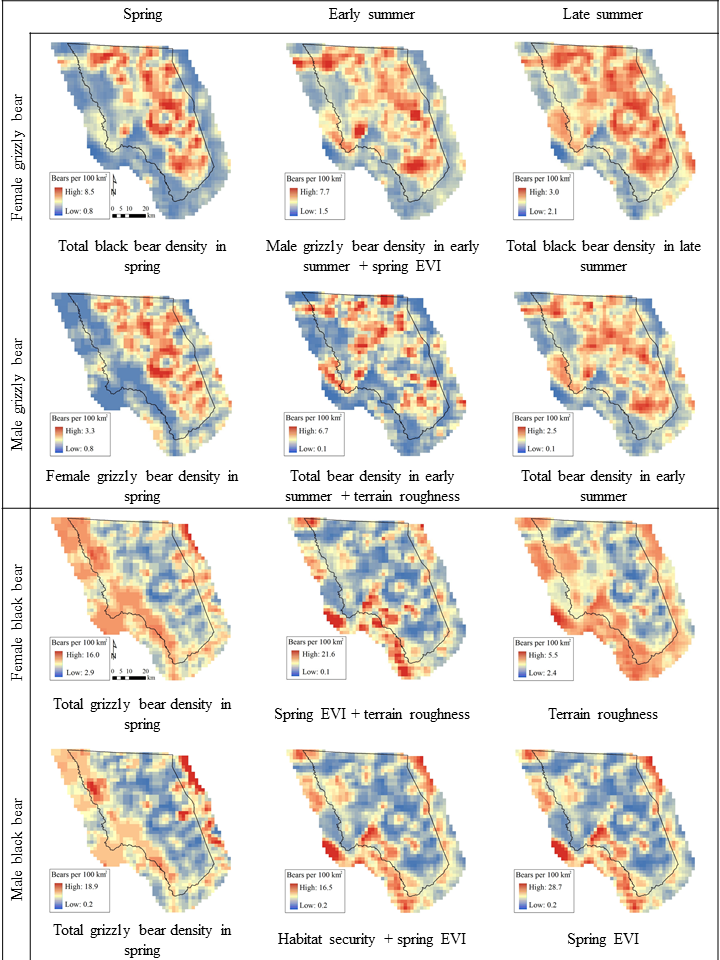 Dr. Jeff Stetz is a research ecologist who specializes in the development and application of advanced population monitoring tools to both answer general ecological questions and to inform conservation and management of large mammals. His recent work uses detection data of grizzly and American black bears in the Glacier National Park region in conjunction with spatially-explicit capture-recapture (SECR) statistical methods to help explain the variation in seasonal density patterns of these sympatric (overlapping in space) species. Beyond the traditional factors considered to explain animal density, such as land cover and elevation, Dr. Stetz explicitly modeled the effects of the fine-scale density patterns of each species on the other...